Twelve Cries From Home: In Search of Sri Lanka’s Disappeared by Minoli Salgado 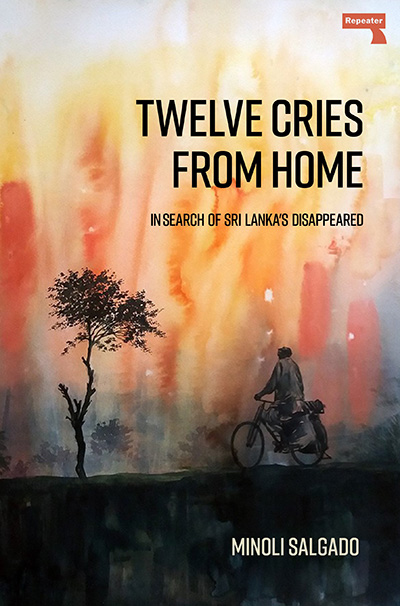 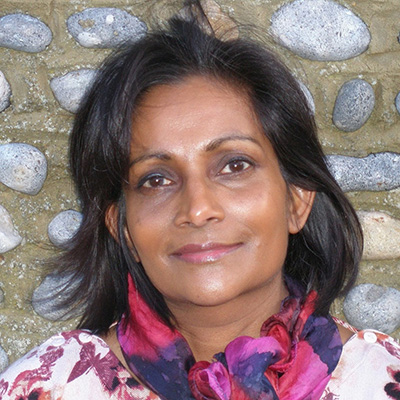 “Names matter, they mark out accountability. They carve out a body, give a reason, a logic, a motive for an attack.”

What happens to a victim-survivor’s testimonies when their violent perpetrators drown out their cries? Whether the perpetrators are civilians or warmongers, how can we readdress these power imbalances and give voice to the voiceless?

A significant work of humanistic reportage, Twelve Cries From Home, by Sri Lankan academic and writer Minoli Salgado, draws attention to the experiences of those silenced by war through a beautifully-written study of traumatic acts and the effects of violence on displaced communities. Through twelve interweaving narratives, she paints a relentlessly and deeply true portrait of post-civil war Sri Lanka, her ancestral home.

Carried by the force of real-life conversations, Twelve Cries From Home is an empowered reclamation of muted experiences from the author’s travels through Sri Lanka, and the universal commonality of suffering and survival. It is a key work of remembrance and bearing witness, which hopes to come to terms with the past and begin to heal from it.

Note: An excerpt of the book is provided below.

Hundreds of onlookers had gathered on one side of the road as the procession, led by a singing dance troupe swaying in white robes while singing in praise of the Prophet, advanced so slowly that Rifaideen, who was at the back with the government ministers, could only shuffle forward a few steps at a time.

They paused by the low white wall of the Jumma Mosque, the dancers’ voices rising through the trilling shimmer of tambourines.

MW, the Telecommunications Minister, one of eight ministers attending the event, turned to speak to him. MW had just asked him something when Rifaideen’s words were taken from him by a blast that lifted him from the ground and shattered the sky into a flare of red smoke.

These are the places that held his body after the bomb. The memory shards that remain.

We are sitting in a meeting room above a shuttered shop in Matara, our arms resting on a pale plastic table cover where a vase with a spray of pink plastic flowers offers a semblance of calm.

Rifaideen’s right arm bears the scars where the shrapnel entered and a surgeon’s knife extended the wound.

They were able to remove some bits of the bomb, he says, but some of it is still in the hand. Some of it is in the thigh. He adjusts his cuffs and shows me the scarred tissue as if it were part of a faulty machine. Here. Here.

Speaks hoarsely and so quietly that I lean forward and our hands almost touch.

He then looks directly at me and his eyes well up.

The pain. I can still feel bits of bomb inside.

Rifaideen is the first of the war survivors that I speak to, and his story recounts the most recent of the crimes documented in this book. All the people I meet carry bits of the war inside.

The suicide bomber responsible for the Akuressa blast had come up from behind, cycling directly towards them, and detonated a bomb that killed everyone close by apart from MW and Rifaideen.

Rifaideen says he does not know the identity of the suicide bomber and is reluctant to name a cause for the attack, but when I check a local newspaper I find the bomber has a name: Senthamil.

Names matter. They mark accountability. They carve out a body, give a reason, a logic, a motive for an attack. There is a connection between Senthamil and Rifaideen that will always remain.

Fourteen people were killed and thirty-five injured in the Akuressa bomb blast of March 2009. It was the last major suicide bombing in a twenty-six-year civil war that would end horribly in May. A British newspaper placed the bombing in the context of this larger war that was escalating in the north-east. The Liberation Tigers of Tamil Eelam (LTTE) militants, of which the Akuressa bomber was a likely member, “had grown desperate” it said, as the military continued relentless shelling in the No Fire Zone. The bomb that shattered Rifaideen’s life was made part of a narrative in which “the fate of tens of thousands of civilians trapped in the conflict zone” hung in the balance.

The report in the Guardian focused on the civil war in the north. It stated that over a thousand people had been brought to a hospital in the war zone in the last ten days. Two hundred and eighteen had died. Forty-nine people had been killed that very day. In relation to the scale of the larger war, Rifaideen became nothing more than a small part of a small statistic: one of thirty-five who would disappear from the historical map. I am here to write his story and that of others whose lives were so reduced, whose lives may not have an historical register at all.

Rifaideen is a Tamil-speaking Muslim, one of the many who slip between the ethnic categories that came to define the civil war.

Sinhala or Tamil? The question asked of all Sri Lankans abroad, often becomes a measure of culpability and determines how people relate to you.

If you are Sinhala you get placed on the side of murderous victors.

If you are Tamil you are automatically a victim.

The gaze of your interlocutors will harden or soften depending on your response.

One of the ironies of this protracted conflict is that the international press effectively reinforced these simplified categories of Sinhala and Tamil, promoting the nationalist drives of armed combatants by writing story after story about the war as if it were just a battle between Tamils and Sinhalese.

Another of the ironies of the war is that the survivors I speak to rarely use these terms. Instead, they speak of brothers, mothers, fathers, children. Of in-laws, cousins, friends and neighbours. They speak of the Sri Lankan Army, police, Janatha Vimukthi Peramuna (JVP), LTTE and village headmen. They speak of places of refuge and harm, of churches, hospitals, temples, schools, army camps, prisons, refugee camps. They speak of shelling, gun shots, torture.

Again and again they invoke the missing.

Again and again they describe and map their lost homes.

The ability to bear witness to exceptional violence depends on several factors. There is a need to find a language for that which seems beyond language. Torture, for example, defies language and unmakes the known world.

There is the need for safety: the witness must feel that what they say will not put themselves or their loved ones at risk.

There is the need for trust in the person they are speaking to.

And there is a need for wholeness, a need to find what Father Paul called “a credible witness” within themselves. Father Paul Satkunayagam, one of the founders of the Butterfly Peace Garden, is a local legend. A tall monument of a man with a generous smile, he spoke in a whisper within the vaulted beauty of St Michael’s College in Batticaloa. He began by speaking of torture and how it breaks a victim, talking so gently I felt instantly soothed. “The first task,” he said, “is to restore to a person their dignity.”

The government that pledged transitional justice kept setting boundaries on the law. It continued to call the military “war heroes” and made clear that the armed forces would be exempt from prosecution.

It passed a law to protect people from enforced disappearance, but it was not retroactive, thereby excluding from its remit the thousands of abductions carried out in the past.

And, while at the time of writing, Emergency Rule had ended, the Prevention of Terrorism Act was still in force. You could – and can – still be taken in for questioning and held indefinitely without recourse to the law.

Again and again, the government blamed the general public for these constraints on justice, saying there was no popular will for accountability.

A human rights activist put it more bluntly: “the Sinhalese are not interested in accountability. You can’t speak of justice when you do this work.”

In a country where justice is delayed and denied, I was keen to go beyond the documentary evidence that had already made its way into dusty files — the agreed “facts” of a story — and ask survivors the kind of questions that opened up the human content of events.

How much did your children know? Who supported you after this happened? What would you like to see happen now?

I wanted to draw them to the centre of their story, flesh out the bones of facts and to bring out and sustain the credible witness inside themselves.

And as I spoke to them I found their stories kept returning to a single, human “fact”: their need for family and home. The devastating certainty of loss.

We talked in temperatures tipping 36 degrees, the breeze from a fan or open window carrying our words. Listening to the varied voices — that sometimes came low and faltering, sometimes shrill with animation, sometimes liquid with tears — I was reminded how in rural Sri Lanka the distance between places was once measured by the distance of a shout, the distance it took for a call, or hoowa, to be heard.

This utterly human mode of measuring distance compelled me to think of what new maps might be drawn if we measured the distance between places by the capacity to hear and be heard. I thought of the twelve survivors who came bearing photos of their loved ones, letters of inquiry, court appeals, autopsy reports. And as the wind lifted and carried their words, I wondered what the distance of twelve cries might be.

Minoli Salgado was born in Kuala Lumpur and grew up in Sri Lanka, South East Asia and England. She was educated at schools in Penang Hill, Colombo (briefly) and North Devon before going on to study English Literature at the universities of Sussex, Manchester and Warwick. After gaining her PhD in Indo-Anglian fiction, she returned to the University of Sussex where she taught postcolonial literature for many years. She is now Professor of International Writing at Manchester Metropolitan University and founding Director of the Centre for Migration and Postcolonial Studies (MAPS). She is also the author of three previous books that focus on the impact of the Sri Lankan civil war: Writing Sri Lanka: Literature. Resistance and the Politics of Place, A Little Dust on the Eyes and Broken Jaw.